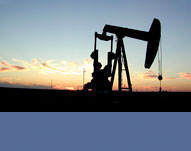 C.R. Bailey is a registered engineer in the state of Texas. He has a petroleum engineering degree from The University of Texas in Austin. He has been President of Pecos Bend Royalties since 1994 and has been involved in management positions of both publicly traded and privately held oil and gas companies since 1978.


Randy Bailey is a native of Midland, Texas and has lived in West Texas for 30 years.

Duke Edwards is president of White Star Energy and several sister companies. He graduated from Oklahoma State University with a business degree. He made Midland his home in 1992 when he formed White Star Energy. Prior to entering the royalty business his background was in real estate.